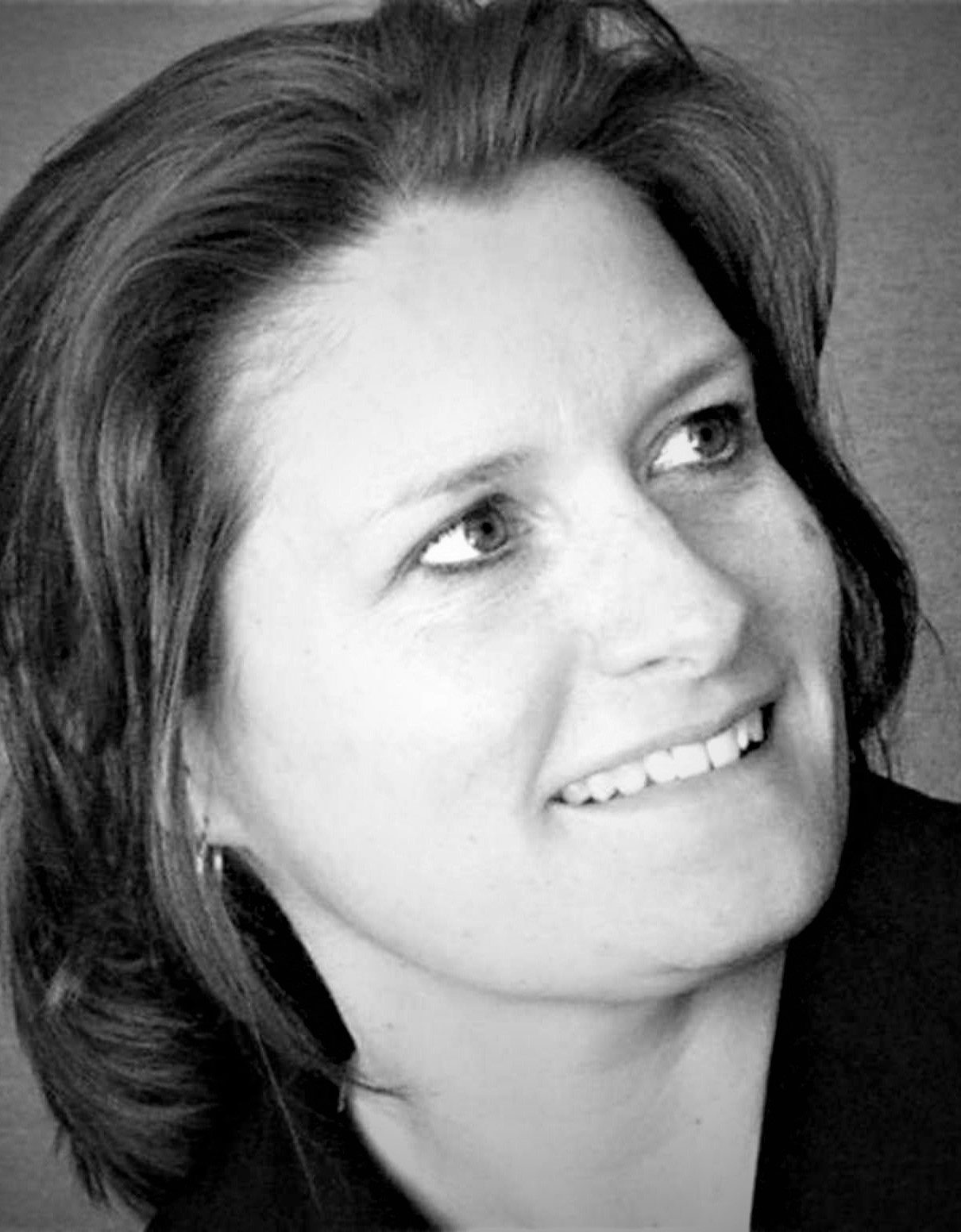 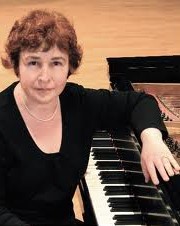 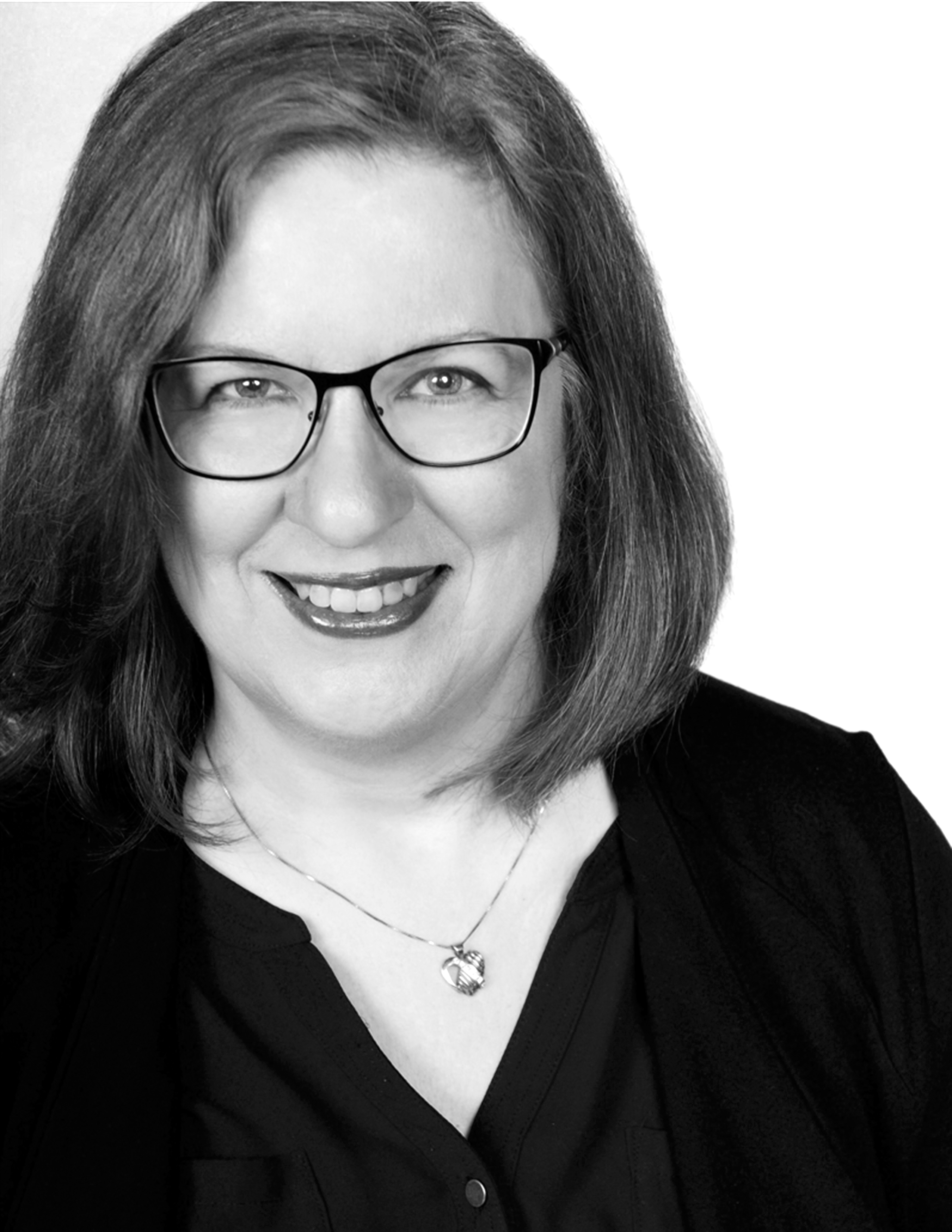 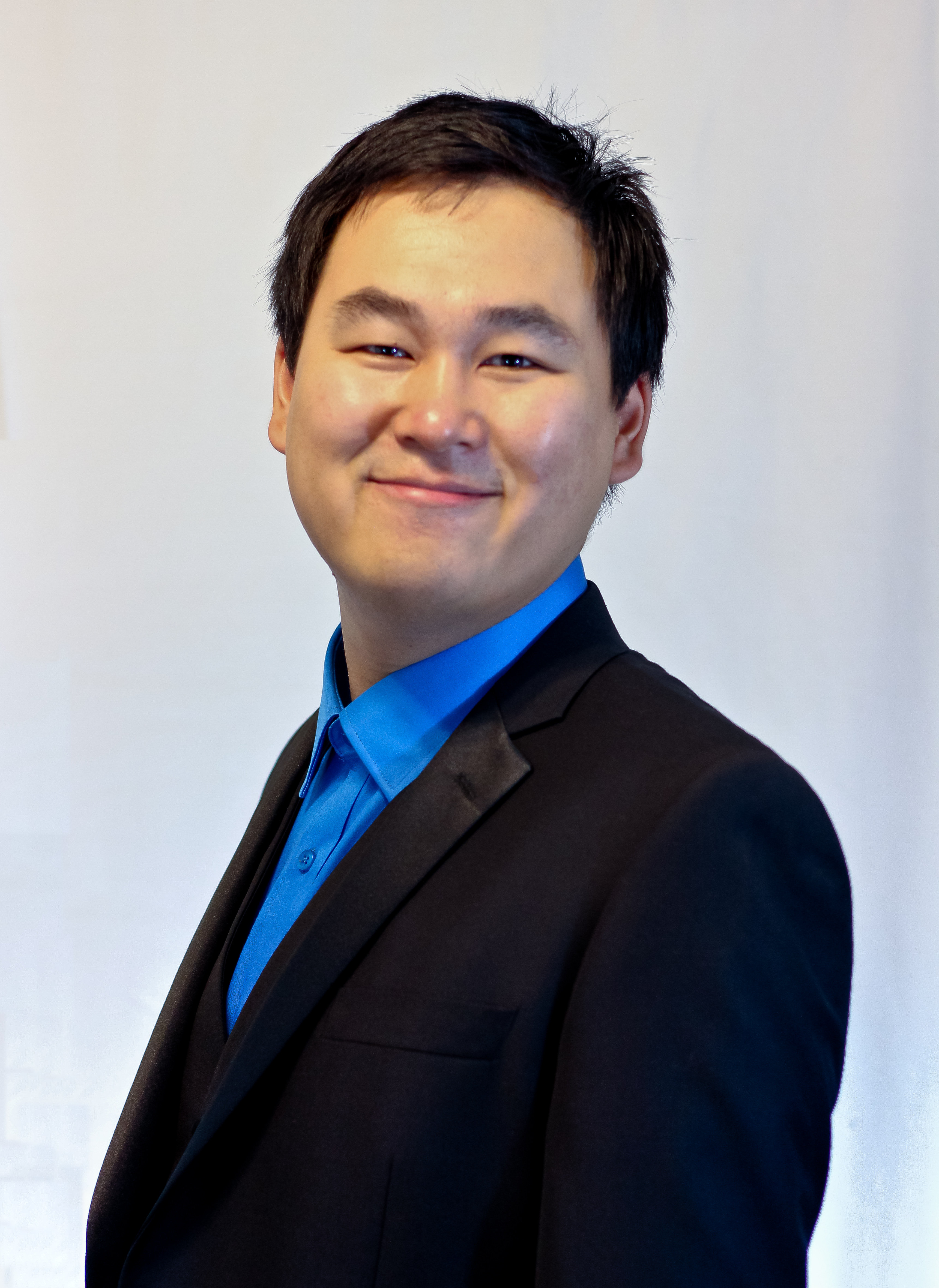 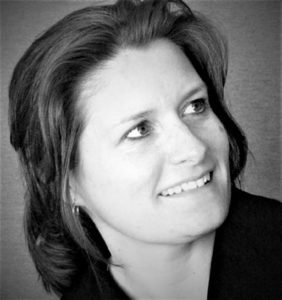 A performer, singing teacher, clinician, and performance studies researcher, Kathryn Whitney is the artistic director of the Mahler Project, the latest in a series of exploratory song performance projects for amateur solo singers that she has developed the Victoria Conservatory of Music in Canada in association with the SongArt Performance Research Group, which she co-founded and co-directs (with Verica Grmusa) in London, England. (Previous projects: The Winterreise Project, 2015; the Dichterliebe Project, 2016; the Schoene Muellerin Project, 2017; and the Vaughan Williams Project, 2018.)

In 2010, Kathryn joined both the voice faculty at the Victoria Conservatory of Music and the Institute of Musical Research (IMR), an arm of the School of Advanced Study at the University of London, where she was an Associate Fellow for five years. In 2012, she was a Visiting Fellow at the AHRC Centre for Music Performance as Creative Practice, where she collaborated on a song performance project led by Daniel Leech-Wilkinson at King’s College, London. Other appointments include time as artist in residence at Oxford University in England (Wolfson Creative Arts Fellow, 2002-2005) and at Royal Welsh College of Music & Drama in Cardiff and Italy (Walton Fellow, 2009-2011).

A specialist in art song performance, she has performed for numerous recital series in Canada and abroad, including at St John’s Smith Square, London, the Oxford Lieder Festival, the Rolston Recital Hall, Banff, and for the Regina Musical Club. Her performance projects have received support from the BC Arts Council, the BC Touring Council, the Organisation of Saskatchewan Arts Councils, the Canada Council for the Arts, the Arts Council of England, and the Ralph Vaughan Williams Trust, among others. A champion of new music, she has premiered over 50 songs and song cycles in the UK, Canada, and Italy, the majority written for her voice. Kathryn was trained initially at the Victoria Conservatory of Music in Canada, and went on to study musicology, German language, and singing performance from the University of Toronto (BA), Oxford University (MPhil & DPhil), and the Guildhall School of Music & Drama in London (PGDip Performance), where she studied with Dame Emma Kirkby and Professor Susan McCulloch. Prior to beginning work as a performer, Kathryn taught music history and aesthetics as a college lecturer at Oxford University for 12 years, with concurrent appointments at both Cambridge and at the Royal Academy of Music in London.

Kathryn’s other passions include early music and choral singing. A clinician for the British Columbia Choral Federation, she is also an instructor on the Summer Academy Baroque Oratorio Program, co-artistic director (with Brian Wismath) of the Summer Academy Choral Program, and the director of the Solfa Chamber Choir Workshops, all at the Victoria Conservatory of Music in Canada. 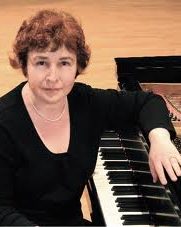 Pianist Anna Cal is the director of collaborative piano performance and interpretation on the Mahler Project. She will be giving solo studio coachings to the pianists, as well as ensemble coaching to the singer-pianist duos on the course, and she will give masterclasses and workshops on song interpretation to our pianists, singers, and auditor participants.

Anna was trained in St. Petersburg, Russia. She was accepted into the Soviet State Music School at age six. She studied there for nine years, and was extensively trained in Piano Performance and Collaborative Piano. At age 15, she started her Bachelor Degree Program in The Rimski Korsakov College where she continued her training in Piano Performance and Collaborative Piano as well as Pedagogy and Psychology.

After acquiring her BMus with highest distinction, Anna was accepted to the St. Petersburg State Conservatory of Rimski Korsakov in 1982. She studied with many well-known professors, including Pavel Egorov, Vitaly Berzon, and Elena Shishko, graduating with her Masters Degrees with highest distinction in three separate fields of Solo Piano Performance, Collaborative Performance and Piano Pedagogy. She also has extensive training in the history of Music and advanced Harmony. After graduation, Anna moved to Italy, where she worked for two years with Italian and German singers performing songs and lieder in the Roma festivals.

Anna maintains a large private studio where she teaches Piano, Harmony, and coaches vocalists. She is a senior teacher at the Victoria Conservatory of Music in the Keyboard and Theory faculties, where she also teaches piano pedagogy.  Anna is on the faculty of VCM Summer Piano Academy. Anna has worked as a collaborative pianist and voice coach for the Young Artists program with Pacific Opera Victoria. She is a frequent performer in Victoria as a soloist and in collaboration with voices and instrumentalists.

Anna was Director of Collaborative Piano on the Winterreise Project (2015), the Dichterliebe Project(2016), the Schoene Muellerin Project (2017), and the Vaughan Williams Project (2018). 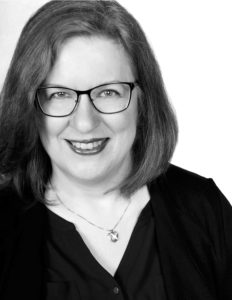 In addition to her love for art song and extensive performing experience as a recitalist, Ms. Curry has music directed theatre productions for companies in Colorado, Nebraska, and Canada. Her music theatre experience ranges from Mozart operas to avant-garde works, including productions of Trouble in Tahiti (Bernstein), Sweet Betsy from Pike (Bucci), The Secret Garden (Simon) and Street Scene (Weill). A recent arrival to Victoria, she has music directed local productions of The Drowsy Chaperone (Phoenix Theatre, University of Victoria), 9 to 5 (Victoria Operatic Society), George and Gracie: A Love Story (Where’s Noonan?, Victoria Fringe) and [title of show] (Urban Arts, Victoria Fringe).  An ardent proponent of bringing the vocal arts to the wider community, she has toured as music director/pianist with outreach ensembles for San Diego Opera, Nevada Opera and Edmonton Opera, performing original chamber operas, adaptations of classics, and concerts of arias and duets.

In addition to her work as vocal coach, accompanist, and music director, Ms. Curry is now a candidate for an interdisciplinary PhD in applied theatre and curriculum studies at the University of Victoria, researching the use of drama to develop social understanding in adults on the autism spectrum. 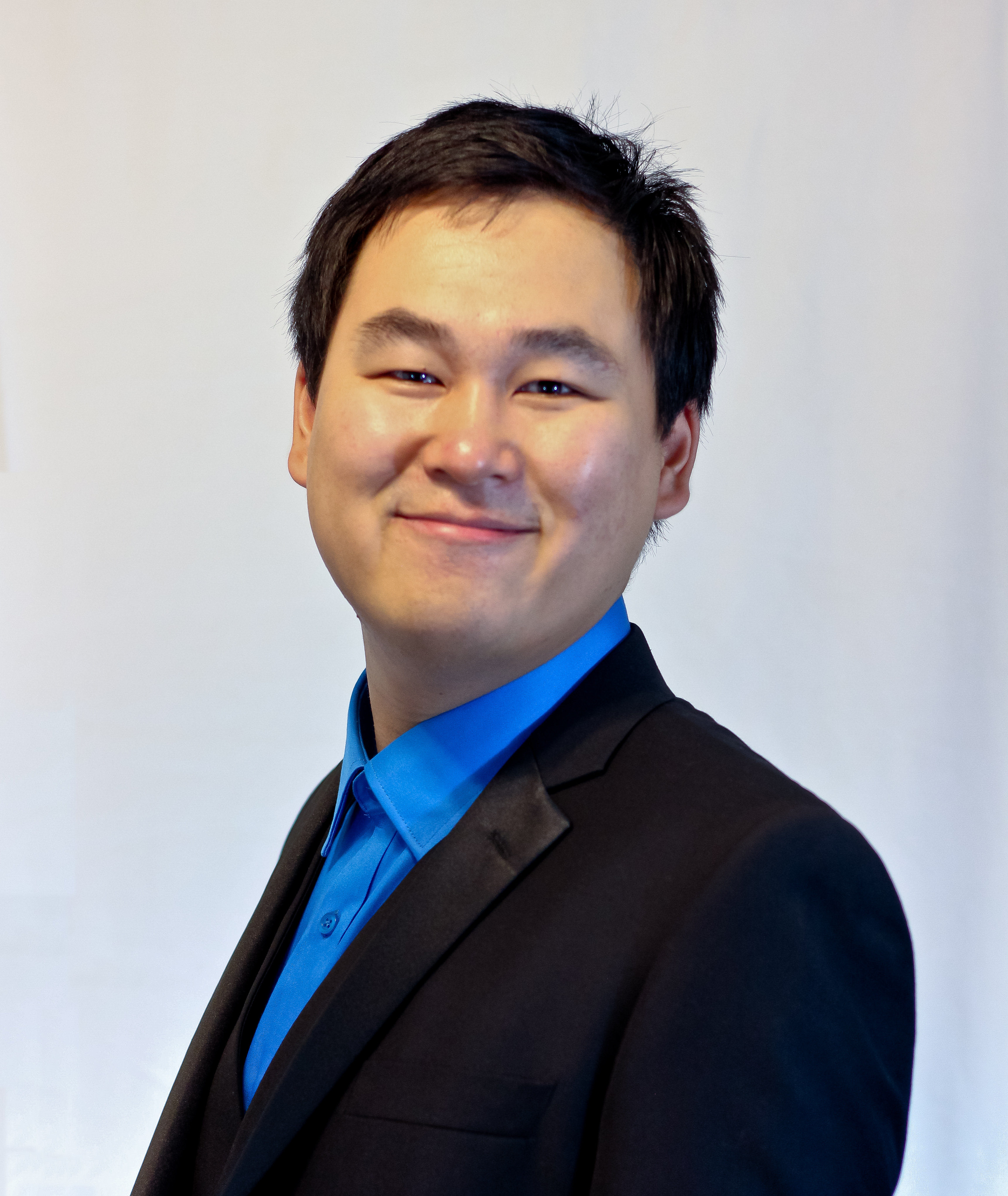 Alex Chen is a collaborative pianist and vocal coach whose personal approach and intellectual curiosity bring fresh perspectives on a diverse body of musical works. In the words of mentor John Hess, he is “an immensely musical and sensitive player” with “a deeply inquisitive mind”.

His experiences include work in art song recital, playing as an opera répétiteur, collaborating with choirs, and exploring the instrumental duo & chamber music canons. Distinguishing himself as a performer and researcher, Alex held a Canadian Graduate Scholarship from the Social Sciences and Humanities Research Council of Canada (SSHRC). His scholarship supported his work in art song recital programming. As the first phase of his research, he created and performed song cycles formulated from disparate works by Rachmaninov and Brahms. For his second phase, he delivered a stirring recital titled “Demons & Dichterliebe” that juxtaposed supernatural bewitchment and obsessive love.

Among his many projects, Alex has been involved as a pianist and coach with the Accademia Europea dell’Opera (an experience funded by a Create and Explore Grant from the Canada Council for the Arts), the Victoria Conservatory’s Collegium program, and the Western University Opera Workshop. These collaborations have culminated in performances of Le nozze di Figaro, Serse, and Die Zauberflöte. Moreover, Alex has worked with singers and ensembles on numerous other arias, opera scenes, and choral performances.

In his spare time, Alex enjoys singing the odd song, performing in the chorus for Pacific Opera Victoria, and going on hikes in search of birds.